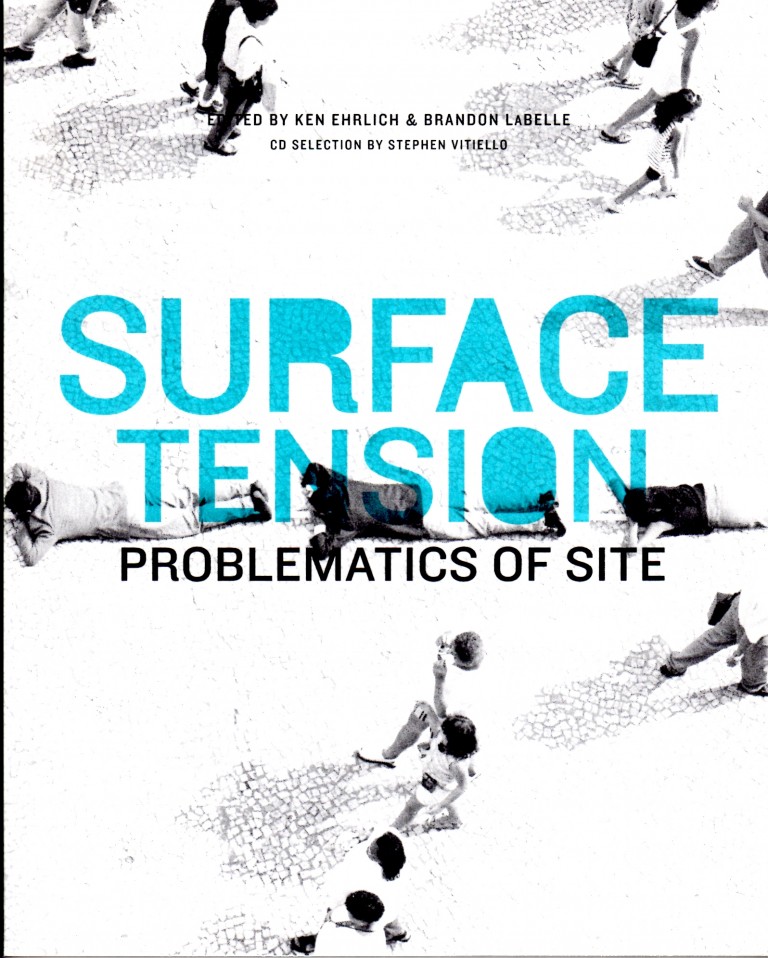 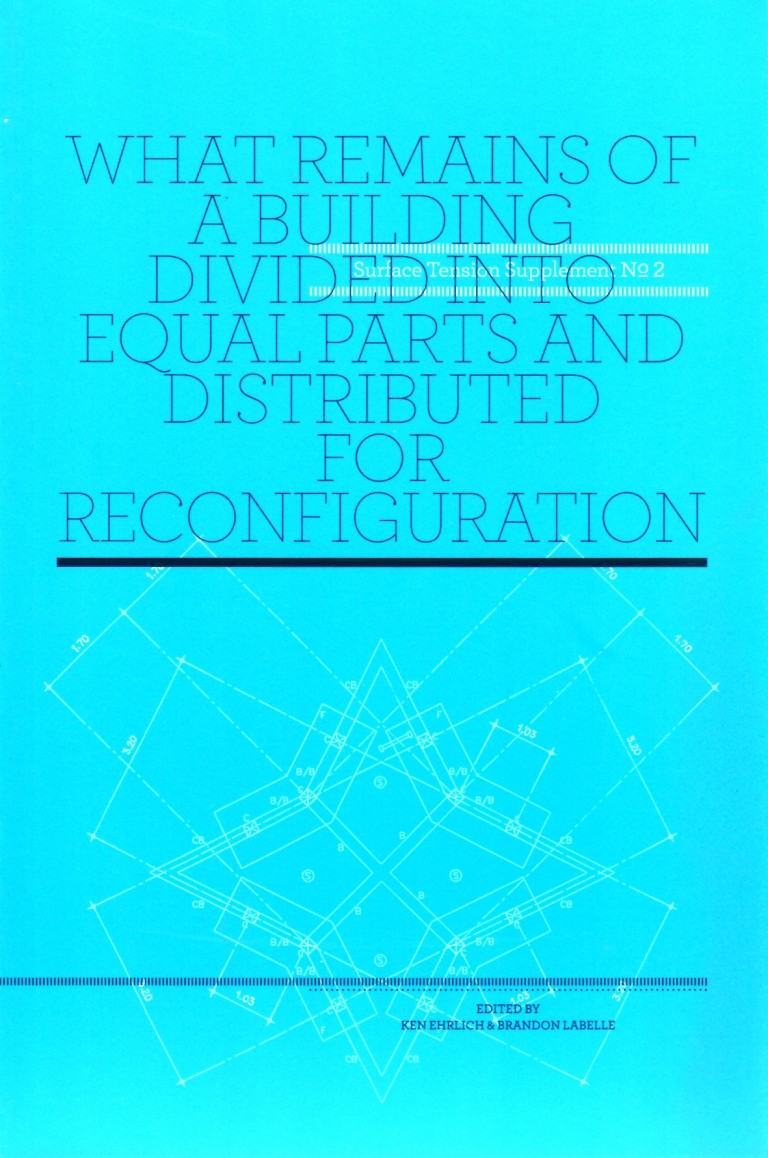 Surface Tension examines the conversations that occur as negotiations between cultural production and the place of its reception. The anthology explores site-specific practice and its legacy through critical and creative essays by leading theorists, architects, and artists from around the globe, including an insightful interview with Gordon Matta-Clark from 1976, an essay by Juli Carson on the lingering debate surrounding Richard Serra’s Tilted Arc, Margaret Morgan’s plumbing of Modernist depths via the semiology of the toilet, and Kathy Battista’s unearthing of women artists’ groups in London from the 1970s. These are complemented by rarely heard audio works by Bruce Nauman and Yoko Ono, documentation on the Dutch artist Paul Panhuysen’s architectural and installation works and a public project by Rafael Lozano-Hemmer in Rotterdam, excerpts from Eyal Weizman/Rafi Segal’s censored contribution to the World Congress of Architecture from 2002, as well as works by artists Michael Asher and Simon Leung whose contextual practices address the politics of representation and public space.