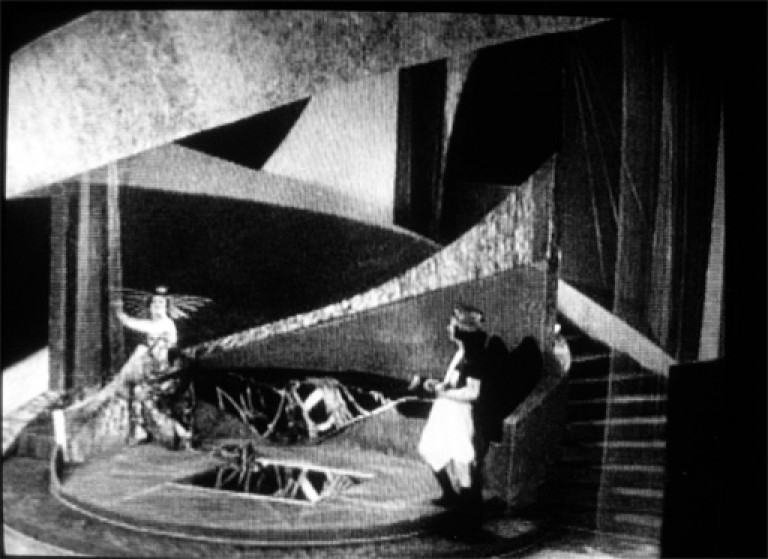 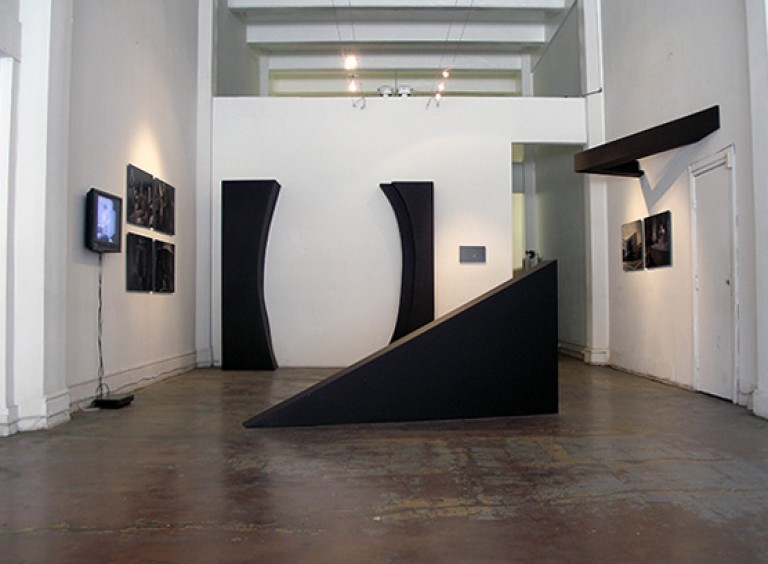 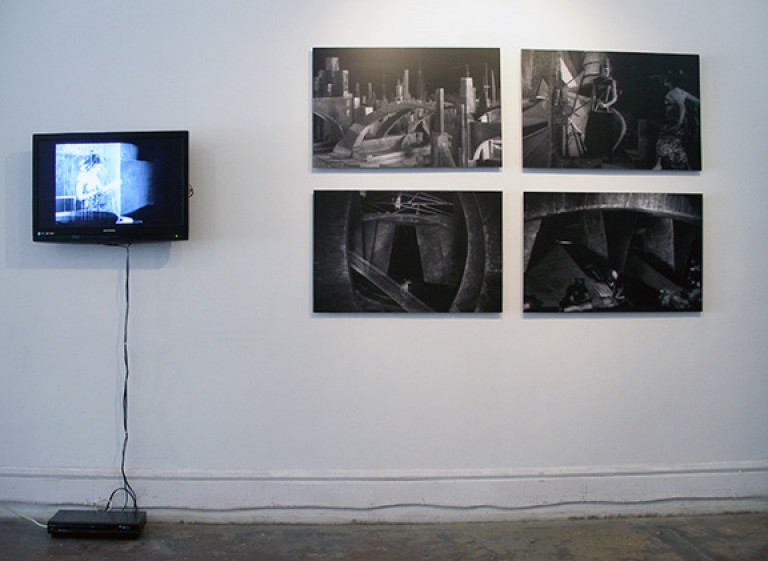 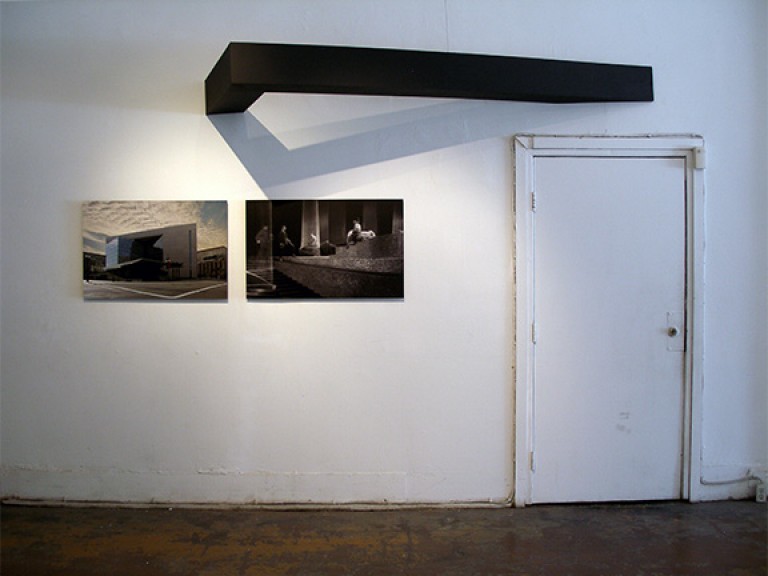 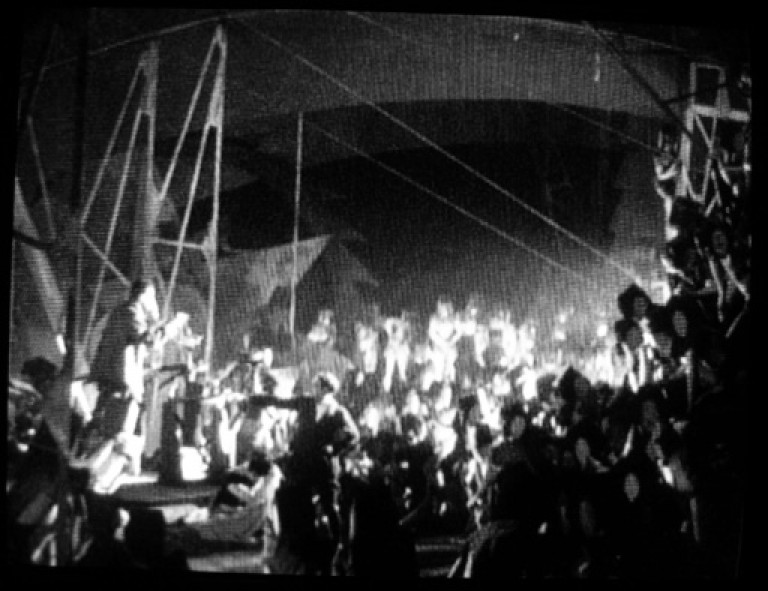 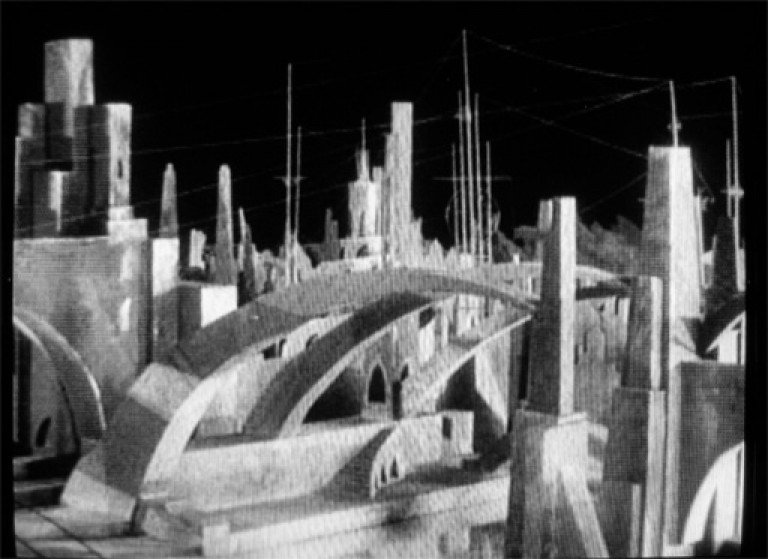 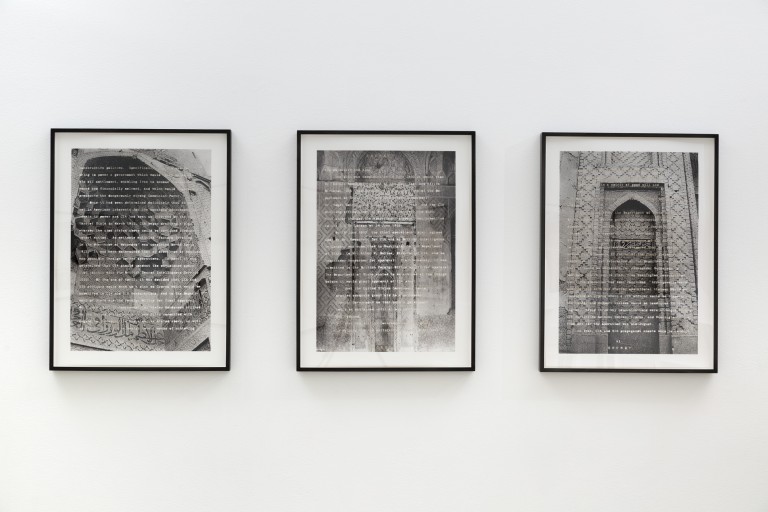 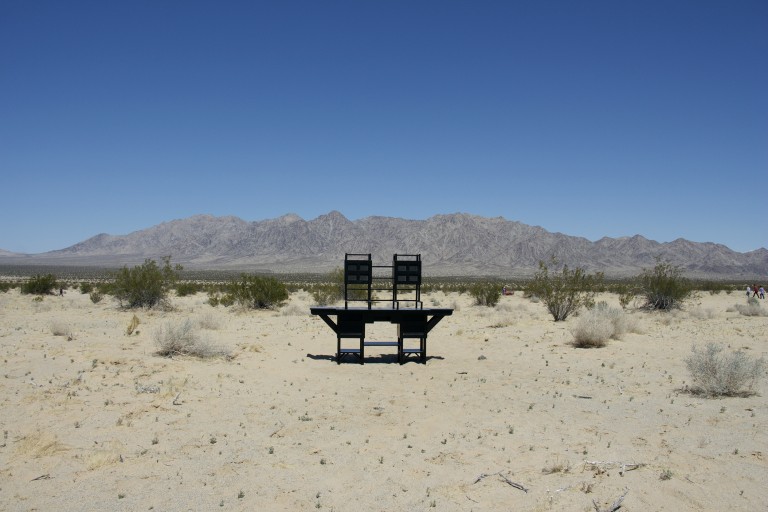 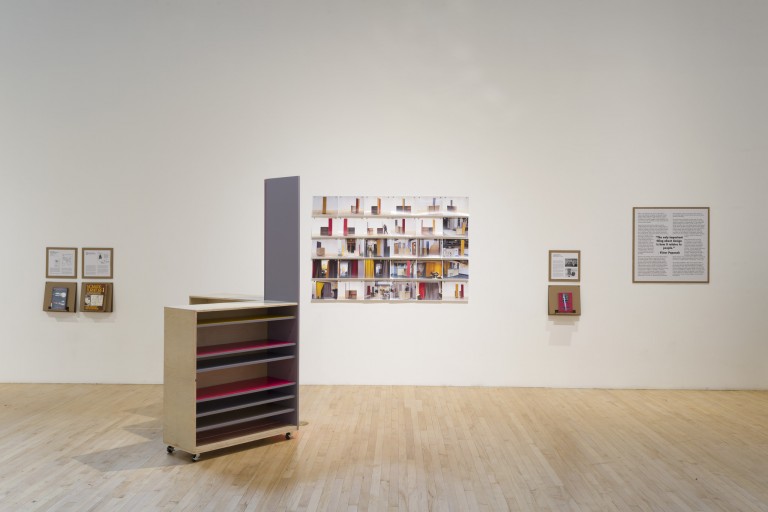 The installation explores the architecture of the LAPD headquarters building through an abstract engagement with Aelita: The Queen of Mars , a classic silent Soviet film made in 1924. Aelita, an early post-revolutionary Russian big-budget cinematic spectacle follows a Soviet engineer who, after receiving signals from outer space and falling in love with the Queen of Mars, travels to and initiates a revolution against the despotic rulers of Mars. It involves space travel, romantic intrigue and stunning Constructivist sets and costume design. Re-locating Aelita centers around attempts to engage the participation of the LAPD in loosely scripted re-enactments by off duty officers of key scenes from the original film. Linking narratives of the site of the headquarters building with re-created elements of the film, the installation traces a series of formal relationships between constructivist set design, theories of montage, new media, post-modern architecture, performativity and power relations.